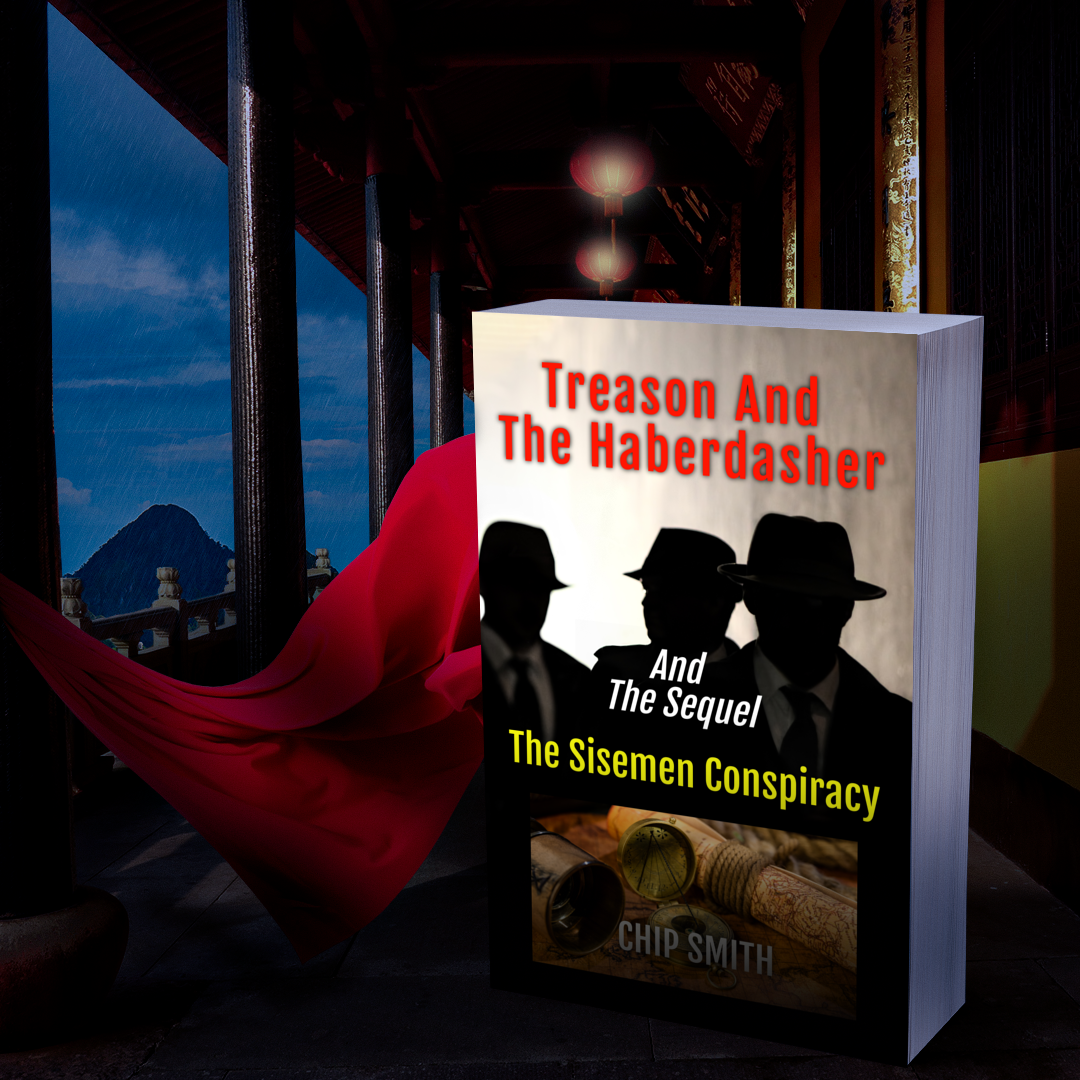 Also available through Barnes and Noble, Apple Books and Kobo and other fine publishers world-wide.

Family history can be a dangerous affair. For the Smith clan, it would reveal a national conspiracy which rocked the nation. Based on true events combined with creative imagination, discover the real “Trial of the Century.” It makes O. J. Simpson’s trial an inconsequential tale. Uncover presidential conspiracies and CIA plots revealed in family correspondence long hidden in an attic. Follow the families from the “Treason And The Haberdasher” adventure, in the sequel, “The Sisemen Conspiracy.” The story originates with their Revolutionary War ancestors. If you think you know American History, think again.

"One won't be able to put this down once they begin the read."

JOIN MY MAILING LIST FOR UPDATES, NEW RELEASES, AND GET PART ONE OF THE CRANSTON MANOR QUARTET

The Treason and The Haberdasher
Wow, what a fast-paced novel.  Based on a historical relationship between 2 men who knew each other as kids, this novel tells how that relationship affected their descendants years later.  And what does a hat have to do with history? This novel had me looking up historical facts and kept me entertained.  One won’t be able to put this down once they begin the read.
Barb H.

The Sisemen Conspiracy
As a sequel to The Treason and The Haberdasher, one wonders what happened to the Smith family? Did life settle down as ordinary? Not really. I found the sequel to be mysterious and informative, integrating history into real life events.  This was a fun, faced paced read that I think everyone will enjoy.
Barb H.

I had the pleasure of reading several of Chip Smith’s books. They are all full of fun story lines and great details. I loved how he tied in real people and events while concocting a great story. Can’t wait for the next one!
R. Magee

I loved how Chip wrote himself and his family into these stories. The suspense keeps your interest, and the historical markers are the perfect framework to hang it on.